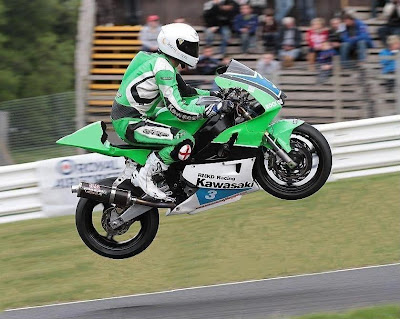 This meeting was supposed to be the debut outing for the long awaited Kawasaki 650 supertwin/GP2 machine we have been developing over the winter. A very busy work load has ment our own bike has had to take a back seat and we narrowly missed the deadline.

Having the option of the the reknown zxr 398! or the stock engined er6 Dan Frear opted for the ever competative zxr. With only 5 laps completed of the 20 minutes timed qualifying Dan was happy to take his front row position, only being pipped by the Alan Percival. Race one saw the lead change several times eventually Dan taking 2nd place behind Marty Lennon and his rapid ER650 with Alan Percival 3rd. A slight engine fault in the 2nd race saw Dan pull the little Kawasaki up and retire from the race.
Monday saw the heavans open and the RMKD team opted for the 650 Kawasaki, a good decision as the first race saw Dan take a solid 3rd after a few close calls in the appauling conditions and take a well earned win in the 2nd race after a race long battle with Marty Lennon on a much quicker bike.
Mondays racing is due to be televised on Motors TV 16th June. 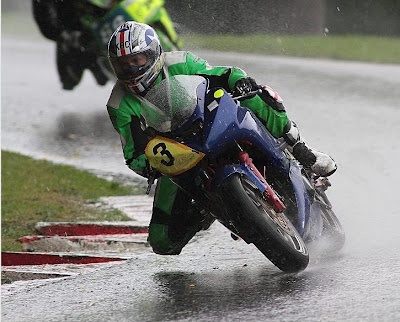