Dan Frear on board the RMKD zxr 398 took two comfortable wins in the f400 at Scarboroughs Olivers Mount. Despite a bad misfire in timed qualifying he set pole,and won by 22 seconds in race one. A new set of plugs suprisingly cured the problem for race two and he took his second win by an amazing 46 seconds and overhauled all the 125's including very experienced Chris Palmer who had set off 20 seconds ahead on his 125 gp Honda on a split grid. With Dan in a class of his own...'mutterings' around the paddock had us using a 'big engine' and an alleged protest had been filed, but nothing became of it. So! You know who you are! PUT UP OR SHUT UP!
Accept it this lad has talent and he's on a pretty good bike. 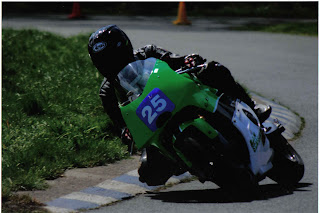 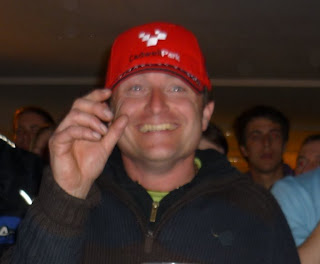 Moto SP proprietor John Bird who runs Alex Hutchinson on an RMKD tuned ZXR400 in the thundersport GB junior power bike and is currently leading the championship.
Seen here bragging about the size of his manhood.
Posted by RMKD at 14:38 No comments: 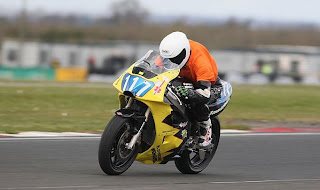 Hi and welcome to rmkd's blogspot

At the moment this is under construction but bear with us as time will take its course
Posted by RMKD at 13:31 1 comment: 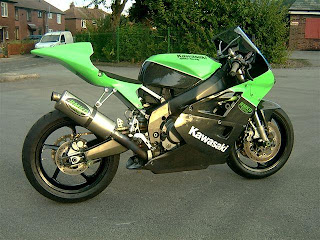